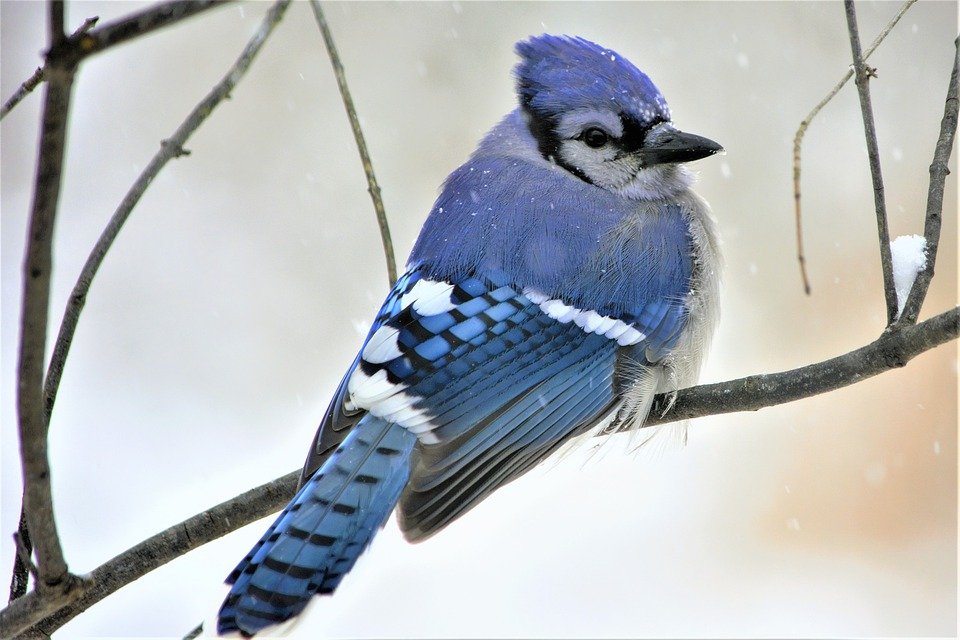 I was fascinated with blue jays when I was a little girl. Blue Jays as well as Cardinals were the two birds that I would always notice in my backyard when we lived in Minnesota. Both were so vibrantly colorful in nature that they mesmerized me when they would appear. So I thought it would be fun to tap into the energy of the magickal blue jay totem animal for you guys today.

The Blue Jay totem is a bird that represents communication and someone who is skilled in the area of speech. It could personify somebody who talks a lot, is great at public speaking or a person that has many different ways to vocalize what they want. You may be surprised to find out that this bird not only has the ability to mimic other birds, but it can sometimes mimic humans as well! Because of these abilities it can also be linked to the traits of curiosity and intelligence.

A blue Jay totem also carries the energy of fearlessness. This energy can manifest itself in a variety of ways. Protecting your loved ones is a main theme of this magickal bird. Others include taking a stand for something you believe in as well as defending what is yours. Either way the Blue Jay totem will bring you success in the battles you fight. Even if your opponent is bigger, faster, stronger or more powerful than you! If this animal appears as your totem, know that you are protected and have nothing to fear.

Loyalty and truth are other aspects aligned to the Blue Jay totem. This animal symbolism indicates you stand by people and are someone that builds long lasting connections with others.  You are a seeker if truth, and realize that going through life honestly will get you everywhere.

Speak ill of no man, but speak all the good you know of everybody.

This site uses Akismet to reduce spam. Learn how your comment data is processed.

Water energy teaches us how to flow & helps us rem

Fire burns hot and is useful in many different par

Did you know the Earth Element represented so many

Daily Tarot (July 5) - The Wheel of Fortune The W

Nature always wears the colors of the spirit. (Ral

Times are tough and life has been really confusing