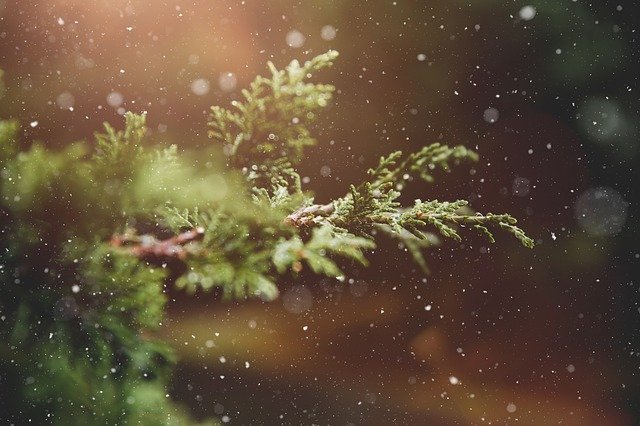 Hey Christmas, We Want Our Tree Back!

It might surprise you to know that Christmas trees were originally a Pagan tradition. During Yule (the Winter Solstice) each tree was picked with care, and decorated with all of the things someone wished to manifest for the coming year. Yule trees were considered sacred because they didn’t die like the rest of the trees in winter. Because of their ability to withstand the elements and survive where others did not, they were considered a representation of eternal energy. During December, yule trees were were brought inside to create a warm and festive space for the tree spirits to celebrate the holidays alone with everyone else.

During Yule, the log was placed inside the fireplace, with the end sticking out horizontally into the room. It was burned for the “12 days of Christmas” which we know is Christmas Day until January 5th. The Pagans also believed that during the cold dark months of Winter, there were evil and mischievous spirits that would come out and run amuck. The sacrificing of this powerful tree to the gods was thought to protect them until the seasons changed again.

Today many people celebrate this holiday with Yule logs instead. It’s definitely much easier than a gigantic sideways tree in your living room. But fortunately many of the same sentiments of blessings, manifesting for the future, and protective energy remain.

if you’re interested in decorating your tree for Yule this year instead of Christmas, you can incorporate some of the following decorations:

Place a pentagram or pentacle at the top of your tree instead of an angel.

Use white lights to symbolize the days becoming longer as we make our way towards spring.

Hang sun or solar ornaments to represent the birth of the Sun King on Yule.

Add holly or mistletoe, which are traditional Pagan items.

Anything green, red, white or gold! These are all colors that represent Yule.

Create pentacle ornaments instead of traditional bulbs. Try using wood, pipe cleaners, or anything else you have handy.

Use small circles of wood for ornaments. Engrave pagan (or other) symbols on them for any type of energy you want to amplify during the holidays. If you’re not feeling up to some pyrography, you can also paint or draw them on. Drill a hole through each one and hang on the tree with a festive string.

This site uses Akismet to reduce spam. Learn how your comment data is processed.

WHERE ARE MY SCORPIO BABIES AT? Wishing you all a

IS YOUR CAT A FAMILIAR?⠀ A familiar is an animal

Daily Tarot (October 22) - The Skull of Light We

If you're heading to the cemetery, a sacred site o

HOW DO YOU KNOW if you're a good tarot reader? And